Today, we will take you to the border of Brazil and Argentina, more precisely on the Iguazú Falls. 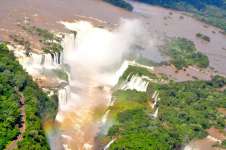 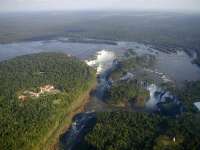 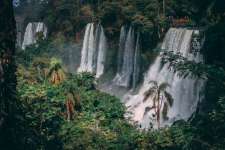 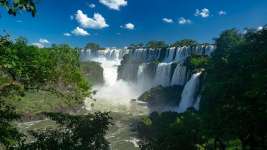 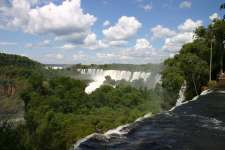 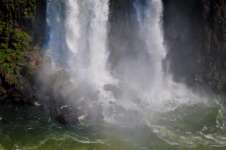 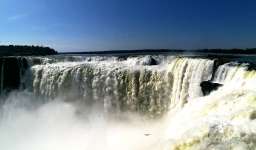 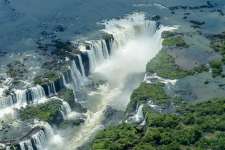 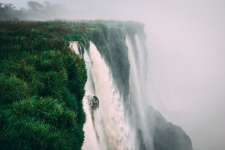 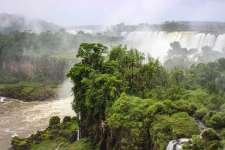 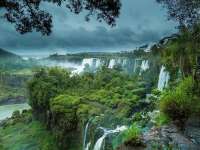 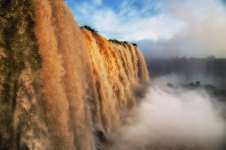 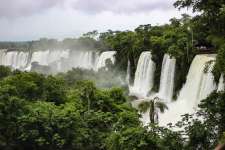 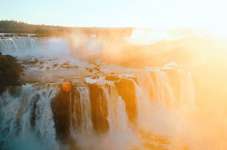 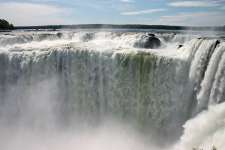 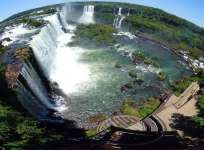 It is on the border between Brazil and Argentina that the Iguaçu River, a tributary of the Paraná River, is interrupted by the Iguazú Falls.

It is not a simple waterfall but a set of 275 waterfalls over 3km. The highest waterfall, the "Devil's Gorge" culminates at 80m high. Waterfalls discharge up to 6 million liters of water per second. The Iguazú Falls have been a UNESCO World Heritage Site since 1984.

Legend says that in the past the Guaraní people offered their daughter's most beautiful girl each year to the snake god M'Boi. One year, the young Naipí, an offering to the snake god, was kidnapped by the warrior named Tarobá for her rescue. They took a canoe to escape but M'Boi, furious, gave a big tail kick and created a huge rift in which the two lovers disappeared. This is how falls were born.

If you are looking for similarities elsewhere in the world, few waterfalls are as spectacular. In terms of size and flow, the Victoria Falls (worldisbeautiful.net/photo/2013/08/05/) come to mind.